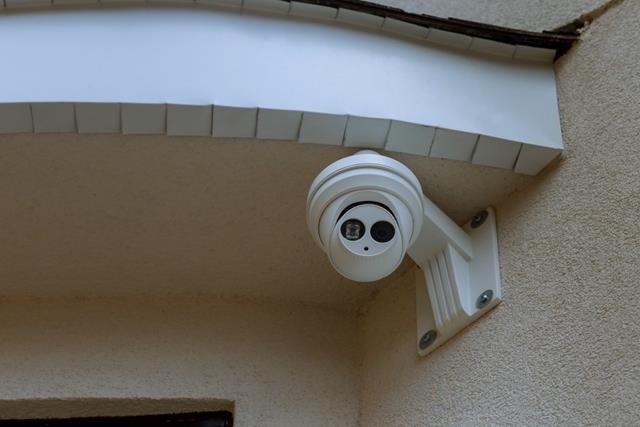 Why Do You Want a Camera?

It sometimes feels like we live in a surveillance state already. Why add yourself into that mix? Reasons abound for wanting to purchase one or more home security cameras to monitor the environment around our home, a cabin or vacation house, or a home or other place we may rent or make available to others.

Let’s look into the two main categories. They’re not exclusive! You may have stuff snatched from your porch and want to try to put a stop to it and enjoy capturing video of hummingbirds paused on a feeder outside your back deck.

While the field emphasizes security and I put it in the title of the book, personally controlled cameras on one’s property can offer many more purposes than deterring or recording burglaries (see Deter and Report Crime, later in this chapter).

This includes a lot of distinct activities, all of which have privacy, security, and safety considerations:

Know when packages are delivered to retrieve them or ask a neighbor to, in an area with a lot of porch-prowling package purloiners.

Allow a remote face check to allow a contractor or other tradesperson into your house—or even someone delivering a package. You may have given or left them a key or have a smart lock you can use to let them in.

Confirm a child has left the house or arrived home. Smartphones help with this, too, but not all children own one (shocking, I know).

Monitor a baby or infant in their room.

Monitor or communicate with a babysitter or nanny.

Capturing footage of birds and larger wildlife in your area. This may be for appreciation—you can find hummingbird cams all over—or out of concern. In some areas, homeowners have to monitor for animals they view as pests—munchers of vegetables or potential spreaders of disease—like bunnies, deer, rodents, and other small animals. You might also need to be aware of or beware predators like coyotes, wolves, mountain lions, cougars—oh my!

Capture people letting their dogs poop on your lawn and not picking it up. Seriously, I imagine that’s a top ten, if not top five purpose.

Warning! Privacy considerations abound—and criminal and civil liability issues—when you record people you have invited into your house. Read up on privacy issues of recording other people in and around your home in Respect Other People’s Privacy.

There’s no single camera model that’s perfect for all these purposes. But there are four general considerations that overlap, and you may want to fulfill one or more of these:

Need to greet someone at the door: To this end, you almost always want a doorbell cam with a button someone can press. The camera may be paired with facial recognition, which can even be used to unlock the door for known parties if also paired with a smart lock. But it’s always set to activate an alert on your smartphone or another device, allows two-way audio communication, and is optimized (often with a fish-eye lens) to show the entire area around the door. Long-term storage of video is rarely an issue.

Need to monitor what’s happening inside your house: Aspects of this kind of monitoring can be creepy; others times, it’s necessary or appropriate oversight. If you have employees (like a nanny) or contractors in your house routinely, you may want a camera both to tune in live or to review video if something goes wrong when it’s not criminally wrong. The presence of a camera might deter improper actions, too. A huge array of indoor models meet this need.

On the storage front, you may want to record continuously and retain that for a period of time, which limits camera choices. Motion-triggered clips may be less useful because of the constant movement in some spaces.

A sub-contractor hired by your contractor swings a hammer poorly, knocks a hole in the wall, and then hides it. You later discover the hole, and can show your general contractor who was at fault. Second, a child knocks over a lamp. You ask the babysitter about it, and they disclaim knowing how it happened. The video confirms it’s your kid’s fault—not the sitter’s!

Need to monitor goings on in front of your house: For contractor work, the coming and going of people to a porch, and even checking up on kids playing in the front lawn, you want either an outdoor battery-powered camera—possibly with a solar panel to avoid having to recharge the battery—mounted in a position that is hard to get at; or, an indoor camera mounted directly onto a window. Motion-triggered short video clips are typically the most useful approach, and all camera systems support them.

Need to communicate with people inside your house: Most indoor cameras include two-way audio, like an intercom. Check specs on cameras to make sure the feature is present, and read reviews for how well it works. This is often a feature reviewers call out. This sort of communication rarely needs to be stored.

While property crime has plummeted in most of the developed world in the last decade, it’s certainly not down to zero. And you may live—as I do—in a pocket in a city that for whatever geographic, socioeconomic, or topographical reasons has a measurably higher property crime rate than the rest of your area.

Note: In many countries, fewer than half as many break-ins with the intent to steal occurred per 100,000 residents in 2016—the most current year for statistics—as in 2005. That includes the United States, whose rate dropped nearly in half even with population growth of 11%; and places like the Netherlands, with 75% fewer burglaries alongside a stable population.

That can be because your house or street is tucked out of the way or views are obscured by hills or valleys—or your area is perceived as or actually is more conspicuously wealthy than regions around you, even if you’re not a participant in displays of or possession of affluence!

Whatever the reason, if your primary or one of your reasons for installing a camera is to capture video (and audio), there are five components to consider:

Deterrent: The presence of a camera may scare off potential thieves or miscreants from engaging in crime in the first place.

Alerts and alarms: If someone appears outside or inside your home, you want to be alerted to it and be able to see what’s going on so you can take action, like calling the police, or have an automatic action occur, like flood lights turn on and a siren go off.

Video for criminal charges: If a crime is committed in or near your home, your cameras may have captured it. (See Is Video Admissible in Criminal Cases? below.) You may have varying feelings about that, so also read Are You Part of the Surveillance State?

Video for civil lawsuits: If someone engages in vandalism, steals from you, or otherwise causes damages, video can be an effective tool in a lawsuit in which you are suing to recover money or obtain other relief.

Monitoring crime in the area: You may be an area with enough general lawlessness that you use a camera to help as part of neighborhood efforts, such as monitoring for car thefts or break-ins at other houses. You might also want to make this readily available to other neighbors and the police; see Are You Part of the Surveillance State? for more on this, too.

For each of these prospects, the kinds of camera specs you need are fairly straightforward:

1080p, 2K, or 4K recording: Modern cameras typically offer 720p or 1080p as an option, and some higher-models can record in 2K or even 4K. The more detail you want, especially of people’s faces and of things farther away, the higher the resolution you want. See Resolution and Quality.

Night vision: Most camera models feature infrared LEDs to illuminate indoor and outdoor scenes. However, because crimes often occur with low or no lighting, you might opt for a camera that requires a power source instead of a battery to allow for higher-intensity infrared LEDs and a more sensitive image capture sensor. See Night Mode and read the specs on cameras.

System integration: Most cameras offer smartphone or other alerts when certain triggers set off recording, such as motion or a camera being unplugged. If you’re concerned about a break-in or other actions, you likely want a camera tied into an alarm system that may trigger a siren, call a monitoring company, and even turn on flood lights. See Use Smart Home Ecosystems for Control.

Full capture: It’s a more niche need, but if you have constant problems with crime, you may want to retain a continuous video feed and for a long period of time. In this case, you typically need to purchase an integrated multi-camera system that includes or supports a network video recorder (NVR). See Local Network Video Recorders and Weigh Centralized and Smart Cameras for more insight.

Storage: Because you may not discover a crime has occurred until later, you likely want longer-term storage of continuous video or trigger-based clips than a day—sometimes 24 hours’ storage of clips is included free with a camera’s purchase. Instead, look for cameras that offer 7-day to 30-day storage plans or cameras that you can configure with your own storage. See Choose Where Video Lives.

Third-party access: Some systems let you share video directly with law-enforcement officers or provide it to neighbors who can then choose what to do with it. If this is an ongoing concern, consider that factor in which camera you purchase. Ring offers these features, but they’re controversial. See Are You Part of the Surveillance State? for more on that.

Is Video Admissible in Criminal Cases?

You might be recording video to use as evidence of a crime. But can that video be used to charge someone or be introduced in a trial? (Let me preface this, as I will repeat a few times in the book, by noting I am not a lawyer and this does not constitute legal advice.)

For people without permission to be on your property or inside your home, the answer generally appears to be yes. However, police have to follow an investigative process in obtaining the video from you, document a camera’s position, and make sure they can prove the date and time and location of the recording.

Simply emailing a video won’t work as evidence in court! In fact, police relying on video without following the rules could lead to any other evidence they collect on the basis of that video being thrown out—the so-called fruit of the poisoned tree.

Defense attorneys may be able to block a video on many grounds or destroy its credibility if all the niceties aren’t followed—if a camera’s clock is set incorrectly and the timestamp on the video is inaccurate.

However, an increasing number of cases rely on video recorded by someone of a crime against them or their property, or by video given by neighbors or nearby businesses or subpoenaed by police.

If you have video evidence of someone you invited into your home or whom you hire to be there, like a babysitter or plumber, and your cameras are hidden, not every judge or state will admit the evidence.

Audio is covered by different rules; see Is It Legal To Record Audio?.

Defendants, by the way, are often allowed more leeway to introduce into evidence video that might exonerate them, as the balance of power in a criminal proceeding favors defendants providing evidence that casts doubt. 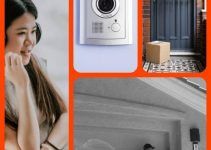 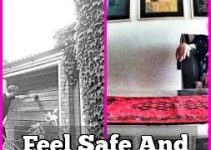 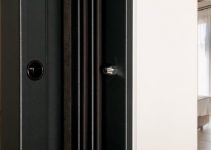